Volkswagen on Thursday announced a special edition Golf R commemorating 20 years of the all-wheel-drive hot hatchback. The aptly named 2023 VW Golf R 20th Anniversary Edition goes on sale in the U.S. this fall, with a planned production run of about 1,800 units.

Marking the anniversary of the 2002 European launch of the Golf R’s predecessor, the R32, the 20th Anniversary Edition deletes the sunroof that’s standard on other Golf R models. This removes some weight from the car’s highest point, to lower the center of gravity. 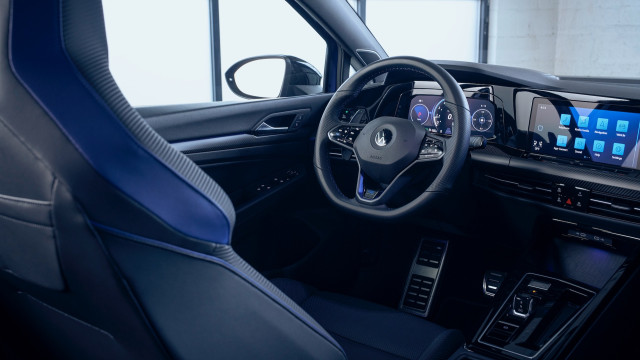 Other exterior changes include a gloss black finish for the 19-inch wheels, which are wrapped in the same 235/35 summer tires as the standard Golf R, “20 R” puddle lights, and a smattering of blue-finished “R” logos.

The interior adds carbon-fiber trim pieces for the dashboard and front door panels—the first time this has been done in a production VW. The steering wheel and key fob get “R” logos as well. 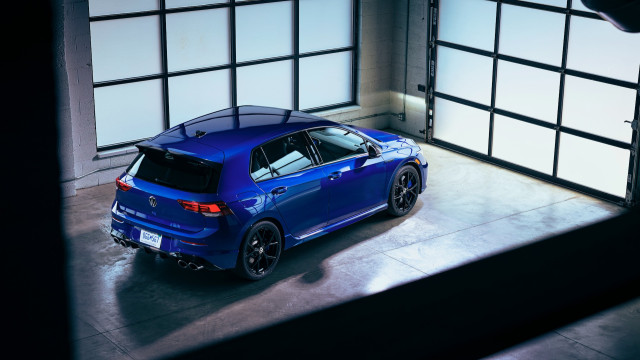 The special edition is mechanically unchanged, keeping the EA888 2.0-liter turbo-4 from the standard Mk8 Golf R, with output unchanged at 315 hp and 310 lb-ft of torque. Europe is getting a special Golf R with slightly more power, but only the U.S.-market 20th Anniversary Edition will be available with a 6-speed manual transmission (a 7-speed dual-clutch automatic is also available).

Prices start at $46,035 with the manual gearbox and $46,835 with the dual-clutch transmission (all prices include destination), an increase of $650 over the standard Golf R with either transmission.

Thanks for signing up!

Watch for us in your inbox.

Stockton ‘series of killings’: This is what we know …

Disney On Ice returns to Fresno with family favorites

What to do if someone overdoses on an opioid such …

What is California’s most searched spooky kids movie?

Teen sought in ambush outside school that killed …

Stockton ‘series of killings’: This is what we know …

Fresno man, father of seven shot and killed in his …

How California Latinos have been impacted by the …

Felon with a firearm kills girlfriend in Cantua Creek, …

Central Valley water storage at one of the lowest …